Lilla’s inspirational story is an example of how the strength of a woman can overcome adversity, struggling against polio, rape, domestic abuse, drugs, and homelessness in the Melbourne underworld. 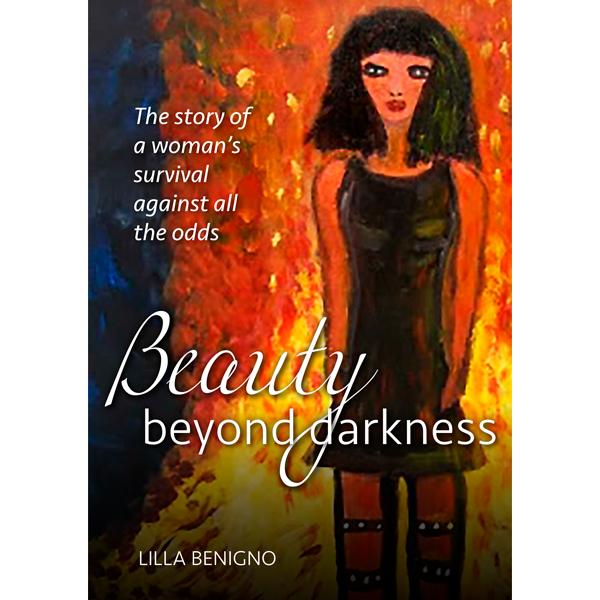 How can a woman rise when throughout the path of her life she has been humiliated, raped and violated? How can she forget the evil, the weeping, and the fear of those whom have held her in captivity?
There are women who for years have had no voice, forgotten women that have never flown high after being victims of torturers and hatred, never considered human but only a commodity to be used; robots without souls. There are women who one day said “Enough!”—clinging on angrily by their fingernails, determined to return to breathe and to recover their dignity, respect, and path.

Lilla Benigno is a such a woman; a woman who for years has been a subject of men’s desire, a toy. A woman who has never been a little girl because that girl remembers only evil; the dirty hands of men without scruples and drugs—which removed her desire, her will to survive, and her independence. It had been a downhill road, where the ascent seemed increasingly far away and unlikely—a tunnel without nor light nor hope unless she found the strength to overcome; to fight back against the suffering and fear; the obstacles, persecutions, blackmail and overwhelming violence suffered in body and soul.

Then, like a light in the dark, Lilla found the strength to emerge; to tear off the chains; her soul suppressed no more. Like a phoenix, Lilla was free—reinvented, reborn, rebuilt. This book bears witness to her journey out of the darkness. A journey which starts with evil; with suffering; with addiction and ends with the desire to return to life, the need to love and to love others despite the dark, cold terror.

Lilla’s story is an example for the many others like her of how the strength of a woman can overcome adversity. There are no indelible scratches in a young woman’s soul—her freedom of choice and strength of will can erase the horrors of the past.

There are women who are unable to stand up, women who do not react, women who feel guilty only for the fact of being women. Lilla, a  beautiful woman with some disability problems had been oppressed by evil—an evil that only the most cowardly and insidious of human beings can inflict. She is a now woman who has resumed to fly, even if with shadows of still painful memories. Because of what Lilla has become today, her story should be told and not forgotten.