A Plaiting of Tales

Four short stories from the pen of Denis Kirby. 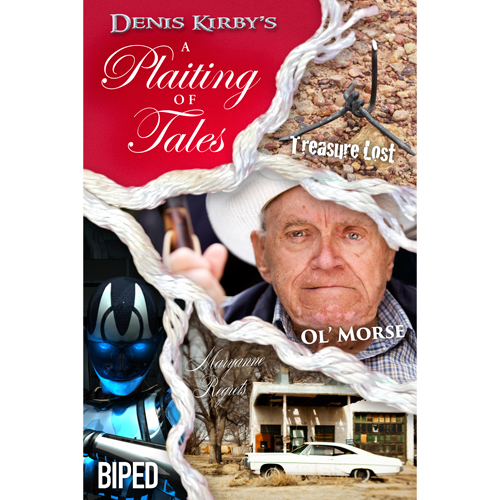 Maryanne Regrets - A stop at this roadhouse could cost you more than just the price of fuel.

BIPED - The unit was dangerous, very dangerous. It was created by the Masters. It was programmed to obey commands. It was classed as Obeyer: Seeker-Type CZ 18. It was safe to be near as long as things were going okay.

Ol’ Morse - He was a loner and he took steps to keep it that way… unexpected steps. The old man hated trespassers. But Hate was too kind a word… as three, unknowing campers discovered.

Treasure Lost - 1854 Gold Rush in Victoria. Treasures won. Treasures lost. Treasures stolen. One is hidden in pursuit. Does an old letter discovered today hold the key to its whereabouts? Now in 2008, Jessica Simmonds starts the hunt with her small group of retirees.

View a sample of this book