The adventurous life of J. P. McGowan, the movie pioneer they
called ‘The Railroad Man’. 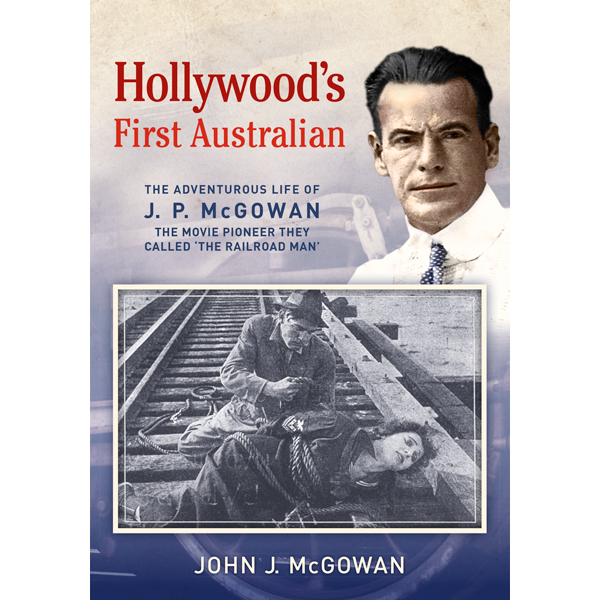 J.P. 'Jack' McGowan (1880-1952) was a pioneer actor, director, writer and producer who became the first Australian to make a lifelong career in Hollywood movies.
He married actress Helen Holmes and their iconic railroad adventure series The Hazards of Helen began a highly successful movie partnership which made Helen a global star and earned McGowan the title of
Hollywood’s ‘Railroad Man’.
His later service with the Screen Directors’ Guild left an industrial legacy which remains influential in today’s Hollywood.
This is a revised edition of the book originally published in the United States under the title: J.P. McGowan—Biography of a Hollywood Pioneer.

Our first movie star ... this biography is a valuable addition to our knowledge of Australian, and American, film history.
—The West Australian