Colin 'Sketchy' Moyle recounts his experiences serving in the Australian Army during the Vietnam War, and later as a recruit to the Australian Special Air Service. 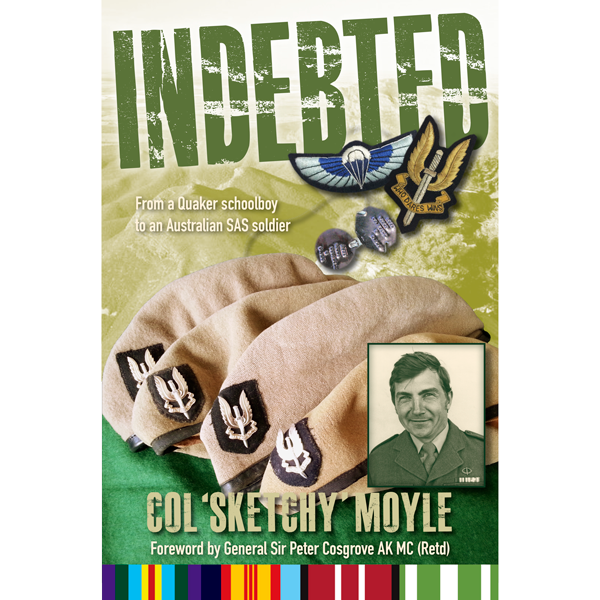 Col Moyle spent most of his working life as a soldier. He joined the regular Australian Army in 1969. After a short training period, he was sent to Vietnam as a reinforcement and was on operational service for eighteen months from 1969-1971 as a basic infantry rifleman. The Vietnam War (1955-1975) was fought between North Vietnam, supported by China and other communist allies, and South Vietnam, supported by the United States and other anti-communist countries. Australia’s involvement was from 1962-72.

After returning from Vietnam, Colin attended the Special Air Service (SAS) selection course, which he passed. The Australian SAS was formed initially as a company in 1957, and later increased to a regiment in 1964. This unit was modelled on the successful British WWII unit whose motto is ‘Who Dares Wins’. As well as drawing upon the philosophy of the British SAS, the Australian SAS drew upon the experiences of our special forces in WWII. These included the Service Reconnaissance Department, Independent companies, Coastwatchers, and the M and Z Special Units. More importantly, the ethos of the Australian SAS was to select soldiers that exuded the best of Australian character and culture. That is, resilience, mental and physical toughness, mateship, improvisation, a can-do attitude, accept a no nonsense approach to superiors, and a sense of humour, to name a few.