Through a careful combination of archival research and oral evidence, 'Harnessing the River Murray' portrays the lives of the little-known construction workforce as well as the women and families whose itinerant lifestyle led to them being referred to as ‘the great wandering class’. 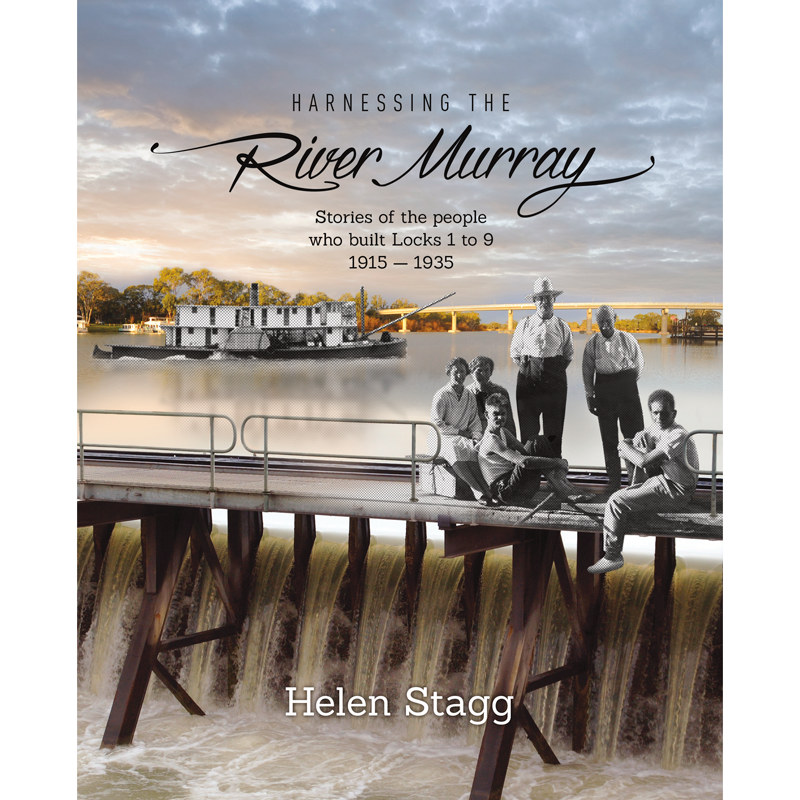 Helen Stagg grew up near the Murray River at Mildura in Victoria and completed an Arts degree majoring in history at the University of Melbourne. She taught secondary school history in Hamilton before returning to Mildura to raise her family.
In 2010 her history passion was renewed with the completion of a Master of  History at UNE where she had begun her research into the construction of the first nine locks and weirs on the Murray River. Since then she has presented papers at history conferences and published several journal articles on the topic.

Through a careful combination of archival research and oral evidence Harnessing the River Murray portrays the lives of this little-known workforce as well as the women and families whose itinerant lifestyle led to them being referred to as ‘the great wandering class’.

Lock construction involved large cohorts of workers and their families who moved to different remote locations for several years at a time. At each site they established small, relatively self-sufficient communities with basic accomodation, a one-roomed school, a government store and a will to survive through the difficult years 1915 to 1935. Working conditions were tough and dangerous and there were many accidents as the solid imposing ‘phrases of concrete were written again and again’ across the river. Women toiled to build family life while children formed enduring friendships. Community life was rich and active and a rudimentary welfare system for the mutual benefit of all was established by the workers to offer support when illness or tragedy struck.

From the efforts of these men and women there evolved not only a great engineering feat but a ‘people’ with a sense of spirit, grit and determination to succeed. Their legacy stands strong today: the lock and weir structures which control the flow of Australia’s great waterway, the mighty Murray.

‘Rarely if ever has the life of these rough and ready places, so important to Australia, been told with such detail and empathy.’
Professor Geoffrey Blainey.

‘Stagg has captured the essence of a little-known element of South Australian History. Her research reveals the strong community spirit built from isolation and harsh conditions. An important historical work reflecting the lives of those who worked and lived in the lock construction camps along the River Murray.’
Christeen Schoepf, Historical Archaeologist and Community Historian, South Australia.