Back to: Politics & Philosophy 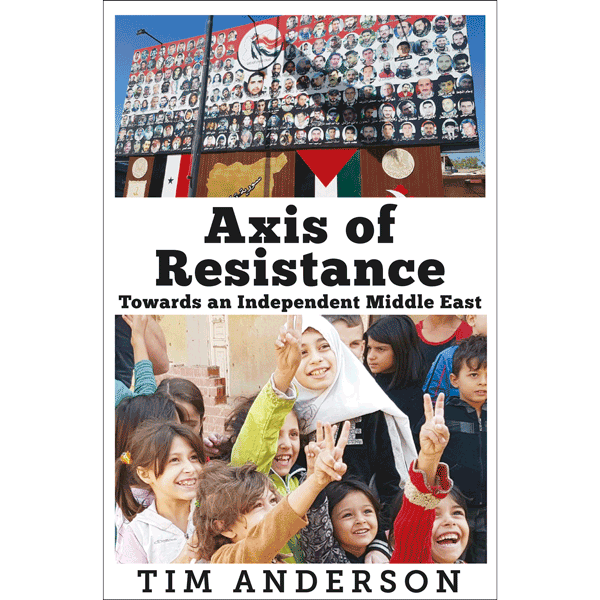 Axis of Resistance: Towards an Independent Middle East examines the end of the war on Syria and the wider elements of the regional conflict, in particular the character of the Resistance, the prospects for a democratic Palestine, and the role of Iran.

It draws attention to the broad leitmotifs underpinning each particular history that are key to understanding both the parts and the whole, addressing myths about the wars and the resistance, while attempting a partial and provisional history of the conflicts.

This focus on resistance is crucial to understanding the defeat of great powers.

Dr Tim Anderson is Director of the Centre for Counter Hegemonic Studies. He was for 20 years an academic in Political Economy at the University of Sydney and before that taught at other Australian universities. He researches and writes on development, rights and self-determination in Latin America, the Asia-Pacific and the Middle East. He has published dozens of articles in a range of academic books and journals. His most recent books are: Land and Livelihoods in Papua New Guinea and The Dirty War on Syria (2016, in ten languages).