Back to: Religion & Myth

Fire in the Outback

A history examining the Christian revival amongst Australia Aborigines during the twentieth century. 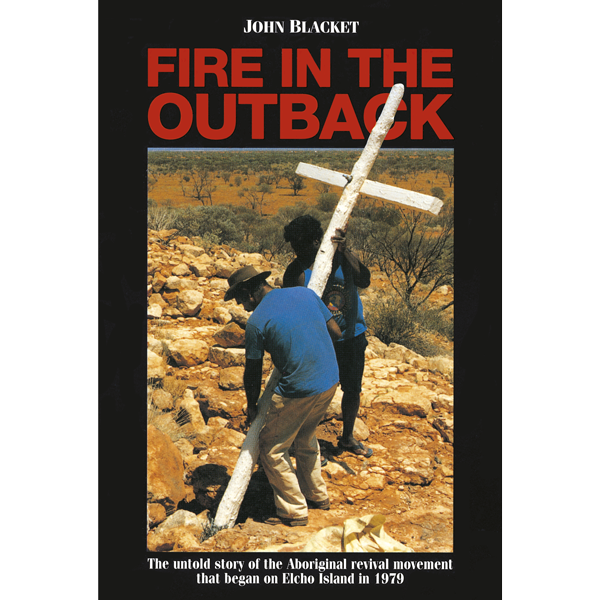 'A real classic'
'Every Australian believer should read this book'
'Australian Aboriginies are the most evangelised people in the world with the least developed Christian growth'
Ron Williams, Aboriginal pastor and elder

God took the outcasts - rejected and despised Australian Aborigines - and transformed whole communities in a few days, first on an island in north Australia and later across the north, centre and west of Australia. This fire of revival transformed health, hygiene, attitude to work and education, and brought true reconciliation and love between families, clans and tribes that had been fighting for many generations.
Fire in the Outback is the Aborigines' own stories of what happened. It is a very frank, exciting and balanced presentation that challenges our own lives as it looks at the roots, background and results of a revival that points the way for the future.
This is the story of real community transformation that produced many of the next generation of indigenous leaders and prepared the way for Australia's first peoples to take their God-given role in real leadership in one of the most multicultural nations on earth.

John Blacket's ancestors came to Australia from England in the 1840s. He grew up in Sydney in a family home where Aborigines from all over Australia stayed. He has been a schoolteacher, community worker, Christian minister and encourager to Aborigines for over thirty years and was involved in the Aboriginal revival.
John lives in Perth with his wife, June, and they have three daughters and five grandchildren. He is director of Khesed Ministries, a cross-cultural organisation building
bridges of unity in Australia.