How To Prove Facts

Proving facts in court is an uncertain business. This book describes a model for proof of facts to throw some light on the subject and to make the task more systematic. 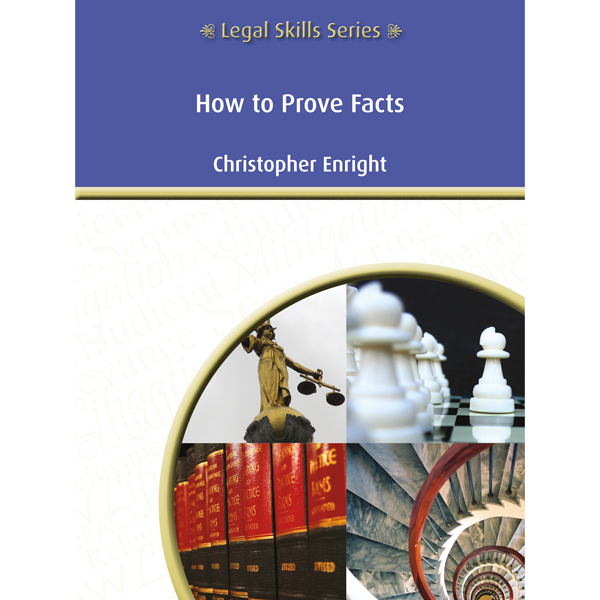 Proving facts in court is an uncertain business. This book describes a model for proof of facts to throw some light on the subject and to make the task more systematic. This model for finding facts consists of four steps –

At the outset the legal system has to determine who is responsible for proving a case or parts of it. This covers the rule of law known either as the burden of proof or the onus of proof and known here as the starting point rule.

Parties present their versions of truth to the court. They present what they assert are the true facts of their case.

The court assesses how probable it is that each version is true. In this it is potentially aided by submissions from parties.

About the Author
Christopher Enright is a chartered accountant, barrister and solicitor. He has lectured in law at several universities. He specialises in legal method. 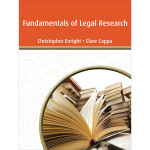 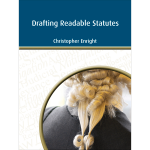 Vast numbers of statutes rule our lives. Many of them are not easy to read. Parts of some are almost impossible to read. This book sets out some ways of drafting statutes that makes them easier to read. 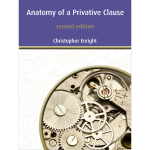 This book starts from the ground up to explain the logical structure and function of a privative clause. It then considers in a critical way the reasoning of the High Court. It points out aspects that need further attention because the court’s reasoning is unsatisfactory. It also points out relevant legal considerations that the court has so far overlooked. 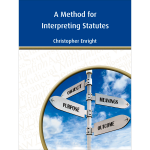 The skill of interpreting a statute is important for one good reason – the outcome of a case commonly enough depends on how a court interprets an ambiguous provision in a statute. Yet despite the importance of interpreting statutes there have been no serious attempts so far to describe an effective method for performing the task. 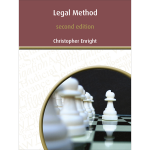 Lawyers tend to be skills averse. They absorb some way of performing various tasks with law but without explicit or proper instruction. This lessens their ability to learn law as students and to work with law as legal practitioners. This book aims to rectify this problem. 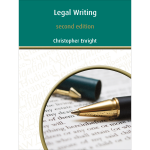 Complaints about legal writing, like billable hours, just keep mounting. This book seeks to solve the problem of lack of understanding by a two-stranded approach. 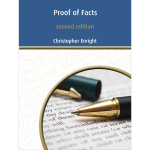 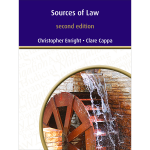 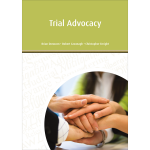 This book explains the task necessary for trial advocacy for a case based on a dispute of facts. 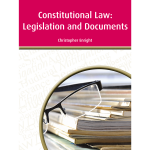 The aim of this book is to provide an array of exercises that assist students in understanding the Constitution of the Commonwealth of Australia. 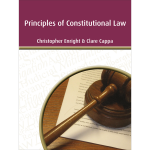 The purpose of this book is to state the major principles of constitutional law in a simple and straightforward manner. It is designed as a first reader in the subject prior to attacking the intricacies of federal constitutional law later in a law course. 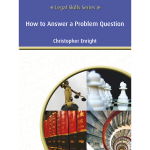 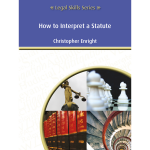 This book explains an effective method for interpreting the object and meaning of statutes of law. 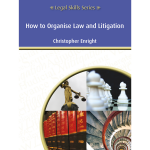 This book explains an effective method for efficiently organising the elements of law and litigation, and describes how these are related to the facts and consequences of a case. 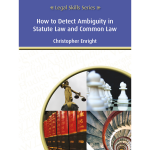 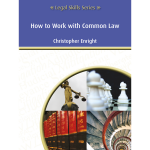 Common law is a messy beast. This book seeks first to analyse and explains it and enable readers to work with common laww more effectively. 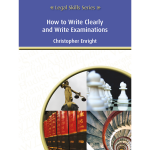 This book covers the essentials of clear writing techniques and teaches skills on how to plan for and perform well in examinations.